For those who are blind, the shape and texture of a 3,000 year-old statue of a pharaoh at the University of Pennsylvania Museum of Archaeology and Anthropology in Philadelphia provides a gateway to experience the world of ancient Egypt. After using wipes to remove oil from their hands, visitors here can touch the statue of Pharaoh Ramesses II, running their fingers over the carved form of this man who ruled Egypt for 67 years, and over the hieroglyphics that decorate the throne on which he is seated. Visitors can also touch pillars from ancient Egyptian temples and other artifacts during guided tours catered to those who are blind or have low vision. Soon, such tours will also be available of the museum’s ancient Rome collection, letting patrons touch mosaics and marble statues.

Yahtae Russell and Ayanna Dickerson, students from the Overbrook School for the Blind, examine the details on a statue of Ramesses II in the Penn Museum’s Egypt (Mummies) Gallery during a Touch Tour program. | Penn Museum 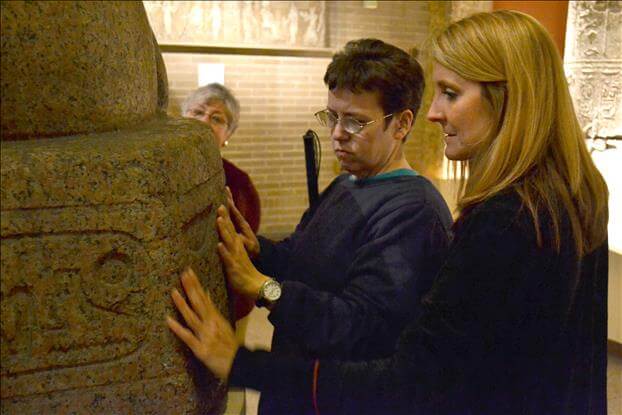 “We want to make sure all audiences are able to enjoy our collection,” said Ellen Owens, Merle-Smith Director of Learning Programs at the museum. “And fortunately we have many durable artifacts that can be touched.”   For those who are not blind, such objects are off-limits for touching and handling, not just to protect them from breaking, but also to prevent them from being damaged from the buildup of the oil from people’s skin that rubs off on the objects, Owens explained.

The Penn Museum is just one of many art and archaeology museums around the United States that allow visitors who are blind or have low vision to experience paintings, sculptures, jewelry and other works through touch. In addition to allowing patrons to touch a limited number of displayed items, many museums offer tactile models of the works in their collections, and verbally descriptive tours that bring galleries alive for those with low vision, or who cannot see at all.

This trend demonstrates how a growing number of museums and cultural institutions are going above and beyond the requirements set by the 1990 Americans with Disabilities Act to make buildings accessible to all. 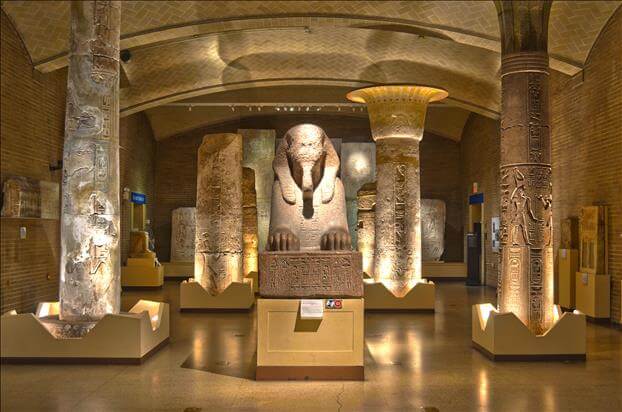 The Egypt “Sphinx” Gallery at the Penn Museum is the first gallery chosen for inclusion in the Museum’s innovative “Insight into Ancient Egypt” Touch Tour program. | Penn Museum

“We find increasingly, across the country, that museums, cultural centers, sports venues and historic homes really want to know how to be inclusive,” said Elisabeth Axel, president and creative director of Art Beyond Sight, a New York-based nonprofit that offers training and programs helping museums around the world cater to people with disabilities. “They are genuinely looking to welcome people.”

Axel started the organization, originally called Art Education for the Blind, in 1987 after many frustrating experiences visiting museums with her grandmother, an artist who was losing her sight.

“Back then there were maybe three museums that catered to people with disabilities,” Axel said.

Now, there are many more.

The Metropolitan Museum of Art in New York offers touch tours of its Egyptian gallery, similar to those at the Penn Museum. The Met also offers a monthly class where people who are blind can explore other parts of the museum through touch, then create art their own art in response to what they have just experienced in the galleries. In addition, the museum offers free custom tours based on verbal descriptions of the galleries for those who are blind.

“We can really work around all the different interests that people have,” said Christina Vanech, Program Associate for accessibility at the Met.

Seattle Art Museum
Be the first to review!

Seattle Art Museum
Be the first to review!

Be the first to review!

Thanks for adding to the community! Your review is pending approval.
You can see your reviews on accessibleGO by visiting your account settings. 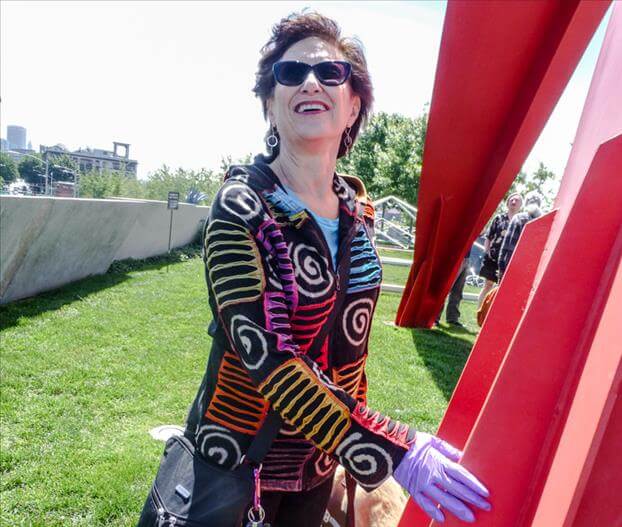 At the Seattle Art Museum, which also includes the nearby Asian Art Museum and Olympic Sculpture Park, there are free monthly tours catering to those who are blind or have low vision. The tours are a combination of detailed verbal descriptions and touch, as well as general explanations and group discussion, said Jenny Woods, manager of volunteer programs at the museum. Often objects on display are not allowed to be touched, so the museum provides alternatives made from similar materials or in similar shapes, Woods said.

“Sometimes we also have other components, like eating. Recently we arranged for a Japanese tea ceremony in connection to an exhibit about Japanese tea pots,” Woods said. “The museum is certainly dedicated to being a place for everyone, so for people who are blind, it means we need to do things differently.”

At the Olympic Sculpture Park, people who are blind are permitted to touch the statues and other works of art off limits to the general public.

The program came about several years ago when one of the museum’s docents lost her vision, Woods said.

“She and her fellow docents really pushed for this, and it all just sort of came together,” Woods said. Since then, all docents who lead these tours have received specialized training. An important component of the tours is also group discussion about the meaning and interpretations of works of art, Woods said.

“You will see a group of people who even though they cannot see having a rich and full discussion of works of art,” Woods said.

Private versions of the tours can also be arranged.

Taking a different approach, The Art Institute of Chicago has developed TacTiles, which are handheld tiles that use composition and texture to reproduce some of the museum’s paintings, making them legible through touch to those who are blind. These 8-by-10-inch TacTiles are available free of charge, and the museum can also organize a tour that uses these tiles in addition to a descriptive guide.

The Art Institute and other museums have also experimented with providing 3D-printed versions of displayed objects that those who are blind can touch and handle.

But Woods said the Seattle Art Museum had mixed reactions to 3D printed objects from patrons who are blind.

“You are getting the shape of it, but that’s really all you are getting,” Woods said. The process is also expensive and materials are often limited to plastic. For now, the museum is focusing on providing objects with texture and encouraging group discussion, she said.

While there is no single inclusive directory of museums with programs to accommodate those who are blind or have low vision, The American Council of the Blind lists some institutions, and the staff at Art Beyond Sight can also make recommendations by phone or email to travelers, depending on their interests.

“There is really a variety out there, whether you want drawing, touching or a tactile program,” Axel said. “I think at this time, a traveler can find anything they like, but not necessarily at all institutions.”