Austin is a great place to visit at any time of year. Although it gets hot in the summer (hitting the 90s from June onwards), there are plenty of great spots to cool off – and some where you don’t even have to wear clothes at all. If you want to avoid the crowds – or if you want to be a part of them – make sure you check out the dates of Austin’s two major annual gatherings South by Southwest (spring) and the Austin City Limits Festival (fall). Above all, have fun, and keep it weird. 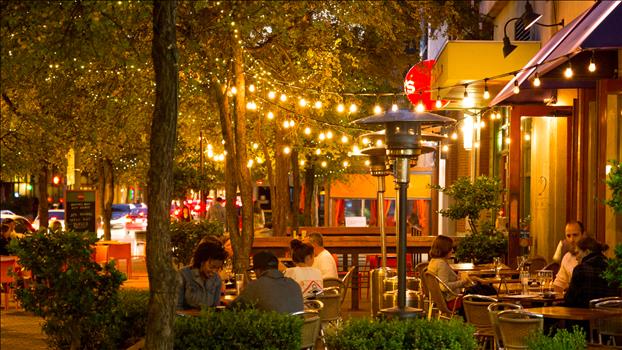 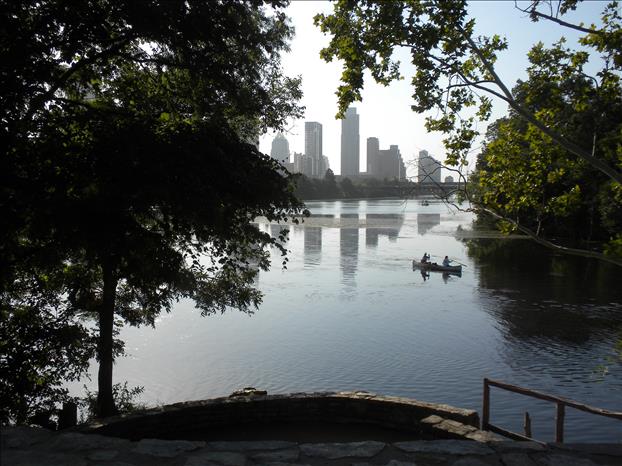 Start your day like a local at Lady Bird Lake with a stroll along the 1.3-mile long Boardwalk Trail. If you are feeling particularly adventurous, you can complete the entire 10-mile trail around the lake (much of it rendered in crushed granite). The concrete Boardwalk Trail stretches over both land and lake and has a number of piers and plenty of great viewing spots. Just make sure to watch out for passing cyclists. Also, keep your eyes peeled for the 36 cast bronze western-style belts integrated into the railings on both sides of the Boardwalk. The belts feature lyrics from well-known Texas singers and songwriters.

The Boardwalk Trail is wheelchair accessible. There is a wheelchair-accessible pier. 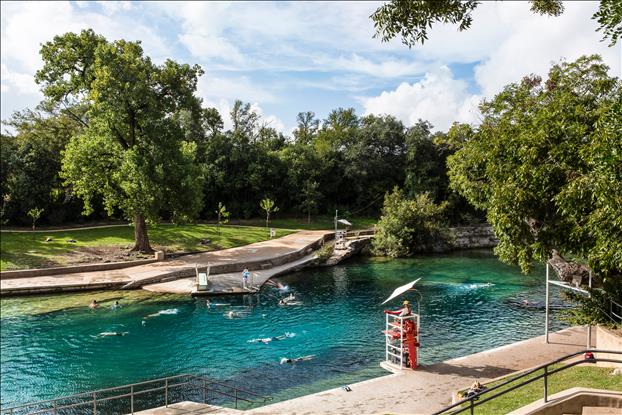 Barton Springs Pool is not your average swimming pool. For a start, it measures three acres in size, reaches a depth of 18 feet and is fed from an underground spring, which keeps it 68-70 degrees all year around. The pool is a federally protected habitat, with swimmers sharing the water with the endangered Barton Springs Salamander. Once you are done swimming, check out “Splash!,” an exhibit showcasing the history and biology of Barton Springs and the Edwards Aquifer, which feeds the pool. For the adventurous, topless sunbathing is permitted.

The pool is closed every Thursday for cleaning.

The pool is accessible. 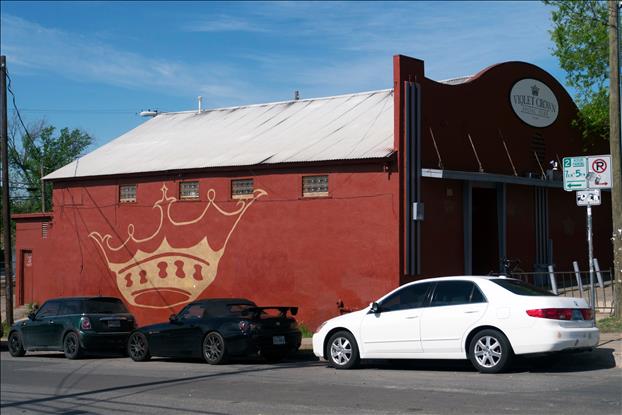 After all that exercise, you’ll just want to veg out. The Violet Crown Cinema is the perfect spot for kicking back and relaxing for an hour or two (or three). Not only does the cinema show top-notch films, but it serves top-notch food. Best of all, you don’t have to gobble and go. The cinema seats include fold out table trays so you can have a leisurely meal with your movie. Viewers are advised to arrive no less than 45 minutes in advance to make sure there is enough time to get their food orders in.

The wheelchair seating area includes a slight inverted slope to ensure a comfortable viewing angle to the screen. A table tray attached to the companion seat swivels for wheelchair users.

If you use a wheelchair, but would prefer to transfer into a recliner should ask cinema personnel to install one in the wheelchair seating area.

The cinema has wireless headsets that carry the movie soundtrack at an amplified volume adjustable by the user, and, for select titles, hand-held captioning devices. 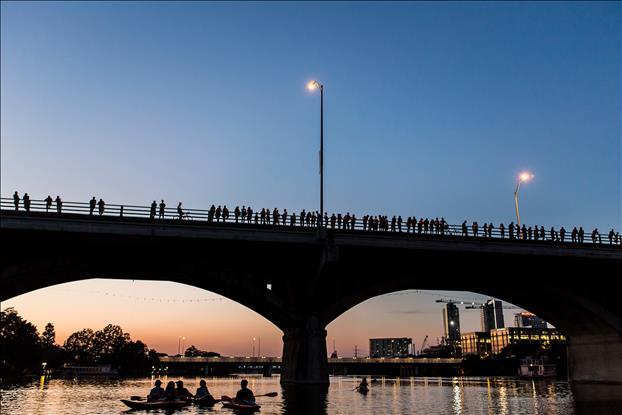 It might sound a bit odd (batty, in fact), but every night in the summer, hundreds of people gather near the Congress Avenue Bridge to watch the world’s largest bat colony head out for a night of hunting and carousing. About 1.5 million Mexican free-tailed bats call Austin their seasonal home and have found lodgings in the rafters of the Ann W. Richards Congress Avenue Bridge, which are apparently the very thing for bats.

Visit the Statesman Bat Observation Center, which is located next to the bridge to get the best views.

The bats can only be seen in summer. They spend the rest of the year in central Mexico.

If you are feeling brave, and if the weather and the season’s right, take yourself off to Hippie Hollow Park, approximately half an hour from downtown Austin. The park has incredible views of Lake Travis and is the only clothing optional public park in the whole of Texas. As well as entertaining human visitors, the park includes habitat for species protected under the Federal Endangered Species Act, including the Golden-cheeked Warbler and the Black-capped Vireo. We don’t advise that you bring your binoculars to check them out though! Entry is limited to those 18 or above.

There is a paved parking and an ADA accessible trail, however, the shoreline is rocky. 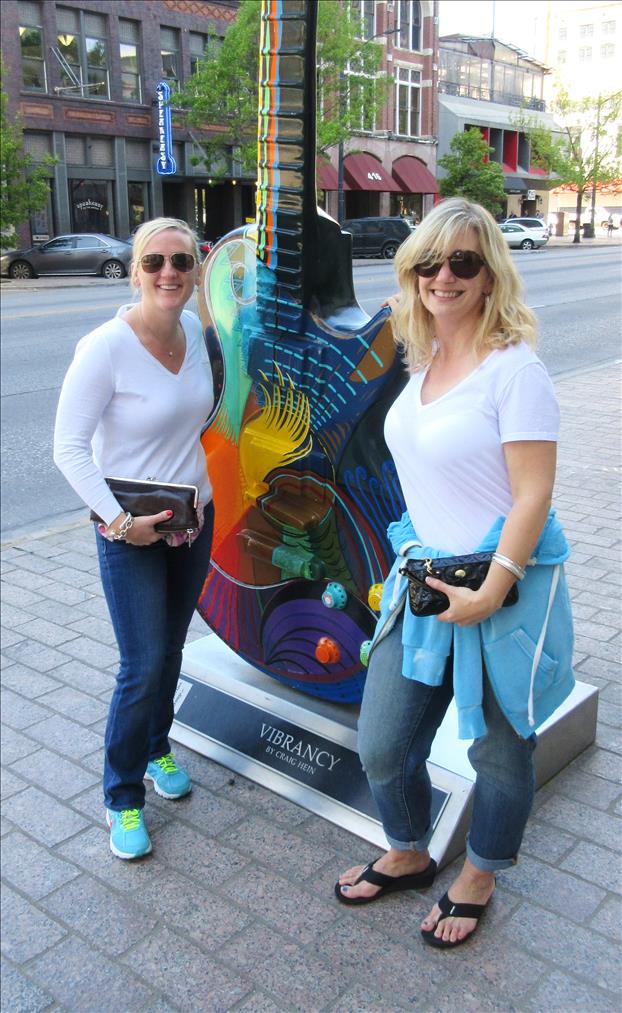 They don’t call Austin the “Live Music Capital of the World” for nothing. The city has more live music venues than anywhere else – more than 150 (some say closer to 200), and counting. While we don’t suggest you try to hit all of them, one way to get a good sense of the city’s music scene – and to get an insider’s view on the best places to visit – is to hear it from an expert.  Austin Music Heritage Tour’s Downtown Walking Music Tour starts in the heart of Austin at Wild About Music, explores the 6th St. entertainment district, visits the sites of some historic clubs and delves into the evolution of the live music scene in Austin over the past 50 years. The tours are conducted by Emmy award winning video producer, musician and music aficionado Richard Roberts. The tour is free for kids under the age of 12.

The one-hour Downtown Walking Music Tour goes at an easy strolling pace. The route is level with good sidewalks and there are plenty of places to sit and rest along the way. 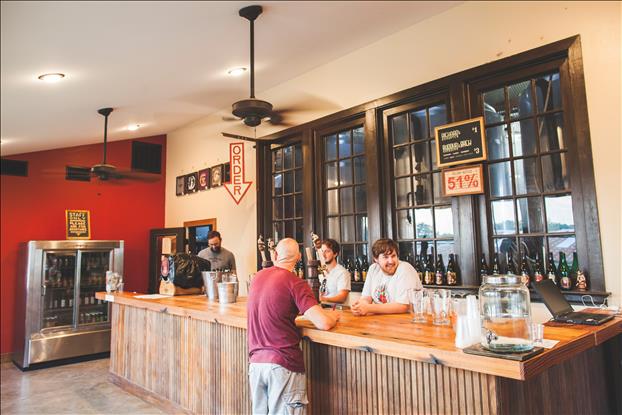 Austin has quite the craft beer industry brewing at the moment, so it would be a real injustice not to try at least one of the brew houses contributions to this trend. Jester King Brewery makes wild ales and spontaneously fermented beers, which it says reflect the unique character of its location in the beautiful Texas Hill Country. We say, yum, that sounds absolutely delicious. The beer is Texan through and through, made with water drawn from the brewery’s well, locally grown and malted grains and native wild yeast. The brewery offers free public tours and tasting room hours each weekend.

The main portion of the brewery, the tasting room and the restroom are all wheelchair accessible; however, portions of the outdoor space may not be.   Email the brewery in advance to make arrangements for accessible parking. 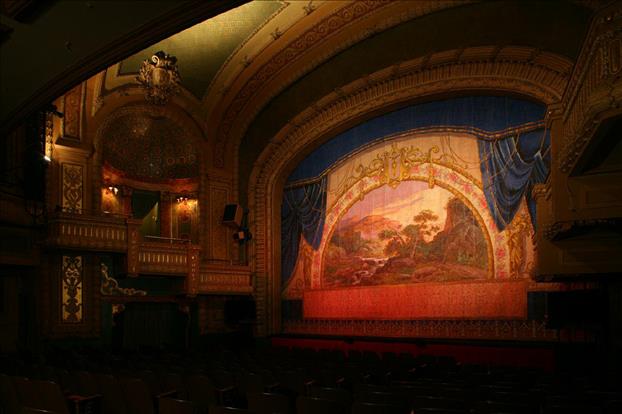 Austin’s Paramount Theatre opened more than 100 years ago as a vaudeville house. Today it’s a prime movie, theater and music destination. The historic venue is also a gorgeous setting in which to see any performance, and there’s plenty to see. The theater hosts more than 250 shows a year, screens more than a hundred films each year and has seen stars such as Katharine Hepburn, Harry Houdini and Dave Brubeck grace its stage. More modern celebs who have strutted their stuff onstage include Lily Tomlin, Judd Apatow, Billy Joel and Bryan Adams.

The theater is wheelchair accessible. There are seats with removable armrests as well as wheelchair seating locations. Call the box office to book at 512-472-5470.

Sign language interpreted performances are available for select events, including children’s performances. If there is a show you would like to see that does not have ASL interpretation, requests for an interpreter can be made no later than 10 business days before the event. Call 512-692-0537 (voice) to find out more.

Program materials in large print, braille, on computer disk or via email are available by request if made at least four weeks in advance by calling 512-472-5470.

There is no parking in close proximity to the theaters. However, there is a drop off spot in front of The Paramount, which has a ramp leading to the street.

Accessible airport shuttles are available to assist passengers from On-Airport Parking to the terminal.

A wheelchair service is available from curb to airport.

Pedestrian walkways have accessible contrasting floor surfaces to assist those with low vision in navigating through the terminal more easily.

The dog walk area is located just east of the terminal on the lower level.

MetroBus buses kneel for easier boarding and have either lifts or low-floor ramps.

If you encounter an accessibility barrier at a bus stop, you can request to board or exit the vehicle at a safe location along a route other than a bus stop.

All buses and bus operators on Capital Metro's services announce major stops/time points along the route, transfer locations and routes that serve them, major intersections and stops upon request.

An automated stop announcement system in English and Spanish announces major bus stops on board buses and on trains at all MetroRail station stops.

There aren’t many hotels that pride themselves on being close to a colony of bats, but, well, Austin is weird like that. The Radisson Hotel and Sites Austin Downtown is located right by the bat colony that “hangs out” at the Congress Avenue Bridge. If nature’s not your thing, check out the chef-driven restaurant for happy hour specials, indulge in some java at the on-site Starbucks or just unwind with a few laps in the heated outdoor saltwater pool.

Mobility accessible rooms include within seating range, lever hardware, grab bars beside the tub and toilet. Two of the king suites have roll-in showers.

Other features include braille in the elevators, text telephone (TTY/TDD/TT) and audio and visual emergency-warning devices.

A wheelchair is available upon request.

Both valet and self-parking is available at the hotel.